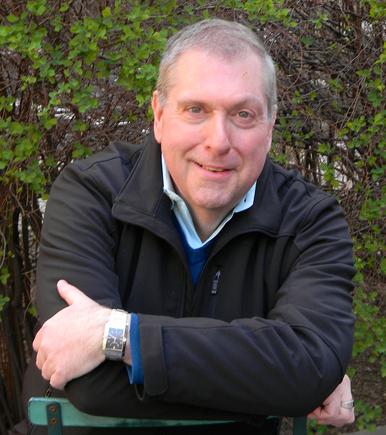 KENNETH TALBERTH is an actor, director, stage manager and playwright from New York City where he has appeared in productions of King Lear, Dr. Faustus, The Beggar's Opera, Antigone, The Winter's Tale, The Importance of Being Earnest, Henry IV Part 1 and After the Rain, among others.  Mr. Talberth performed in several landmark gay plays of the 1980's including the premieres of Robert Chesley's Stray Dog Story and Cal Yeoman's Sunsets: 3 Acts on a Beach.  He has directed productions of Lanford Wilson's Home Free and Robin Goldfin's The Acoustics in New York, has stage managed a tour of Ken Hill's Phantom of the Opera in Germany, Austria and Switzerland and staged the 60's/70's musical revue Daydream Believer both in London and in New York.  Mr. Talberth has also staged, managed and directed large-scale special events including Macy's Thanksgiving Day Parade and the Macy's Fourth of July Fireworks Extravaganza (both as Senior Production Manager), the Welcome Back to Brooklyn: On the Waterfront Festival (as Event Director) and most recently the Only in Queens Summer Festival on the site of the 1965 World's Fair (as Operations Manager).  Originally from Boston, Mr. Talberth holds a Bachelor of Fine Arts degree from New York University School of the Arts where he had the privilege of personally studying with the legendary Stella Adler for four years.  He has written a variety of event, celebration and ceremony scripts as well as the brief plays D.V.D. and Minutes of a Meeting and the full-length works Millennium Men and Traveling for the theater.  Mr. Talberth is a member of the Dramatists Guild, as well as Actors Equity Association and Screen Actors Guild/American Federation of Television and Radio Artists.